However, at that time, the Governments official policy was to not repatriate the dead. Thus, in order to give the families who had been left without a focal point to grieve such a great loss, many towns and villages around the UK set about erecting permanent memorials. The names of the fallen being chiseled upon them as a permanent stone tribute. For Valour, In honour, in memory and most importantly as a reminder,  ‘Lest we forget’.

Little Waltham’s residents were amongst those that lost brave young soles during that time, and so, beginning with a village meeting, held on January 31st 1917 in the rectory of Little Waltham Church, The Reverend Cannon, Osbourne William Tancock, invited the parishioners to consider the proposal of erecting a War Memorial for those who had fallen in the village.

The meeting gave careful consideration to the fact that the war was still in progress and it was agreed by all that it would be best to wait until the end of the war, thereafter to provide for a worthy, permanent War Memorial. The Reverend stated that until such time, he would keep a Roll of Honor up to date and provide a copy, which he would place inside his window at the vicarage.

It was not until the 5th Feb 1919 that another public meeting was held, again by proposal from The Rector, who was then joined by the Chairman of the Parish council. A committee was formed to handle inquiries, obtain subscriptions and report to another later parish meeting. The Rev Tancock was elected as Chairman of the newly formed War Memorial Fund Committee. This meeting heard a proposal put forward, by Mr. G Bedford, for the memorial to take the form of a Parish Hall. An unqualified cost of £520 for a room of about 50ft by 30ft, was the given estimate.

The proposal was seconded by Mr. L.H. Taylor, with additional support from Miss Tancock, Mr. Walter Brown and Mr. Sidney Farnsworth, thus the motion was carried. There was also suggestion that a Y.M.C.A Hut could be acquired but it was deemed not fit to fill the definition of a permanent Memorial.

The later meeting held in June that year, records that with given consideration to parishioners wishes and the expected cost of building a hall, a preference should be for a Stone Cross to be erected. To further this, in order to site the cross, an offer to gift a piece of land adjoining the bridge in the village, was put forward by Mr. W S Campen.

Records also show, at that time, that 2 pieces of land had been offered by Col. W N Tufnell in relation to the building and placement of the Village hall. One of those pieces of land being on the road leading to the church, known as Brook Hill.

It appears that the ensuing period was filled with fund raising, obtaining estimates and drawing up designs for both a Memorial Hall and a Memorial cross. By 22nd October 1919 the fund was reported to have £395 in the bank and, together with other pledges on list, would amount to an overall total amount of £540.

Moving forward to Sept 7th 1920 from records of a meeting held in the School Room, Mr. Hicks, the committee secretary, informed the sum of £555 in the bank account with further donations promised which would make the overall total up to £694 -2 shillings and 11 pence. In addition to which a cheque for £25 had been promised towards the cost of a cross.

It was then proposed by the Rector to accept Mr. W. Campens land donation for the site but also explained he could not solicit any specific donations in respect of a cross.

A meeting of 20th Sept 1921 showed that arrangements were confirmed to erect a cross on the site offered by Mr. Campen. Monies at that time were available from funds that had already been raised for the Memorial Hall and it was agreed that part of those monies could be used.

The final decision was by a public meeting on 1st November 1921. that the design by Messrs. Wray & Fuller of Chelmsford, should be approved and an order be made. The cost of the Cross and its stone step was quoted to be £102 -5 shillings-0p.

Following that The Memorial committee met on 17th Nov 1921. Where it was recorded that Messrs. J G Hicks, B. Bird and S. Farnsworth (a special Sub-Committee formed to action dealings relating to a Cross) be empowered to make the Order.

Following its completion, The Memorial Cross was erected at Winkford Bridge where it stands today.

our actions are for your safety

When open again we are a COVID SAFE

We look forawrd to seeing you

in the very near future! 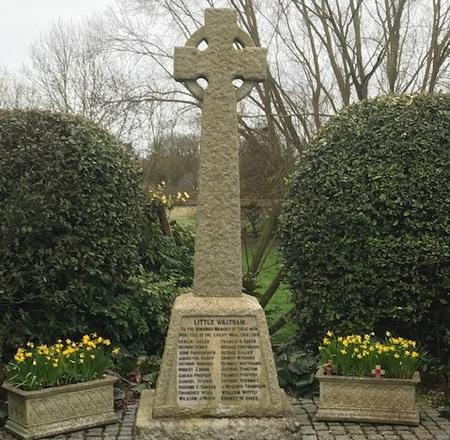 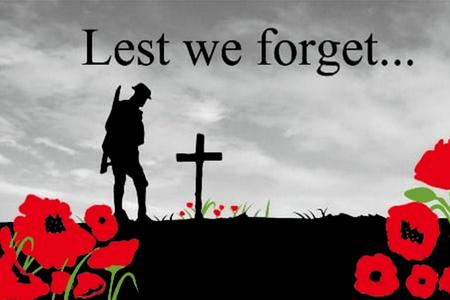 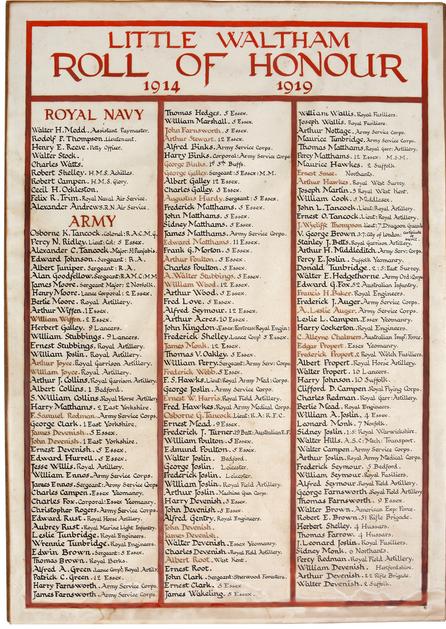